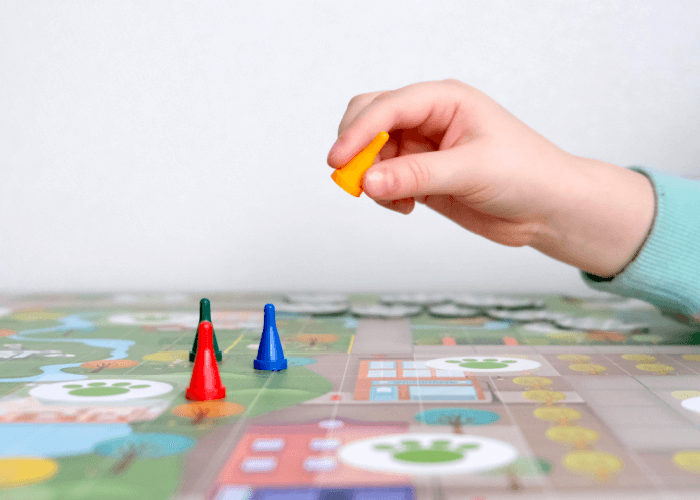 Should I start a Kickstarter for my board game? How do I get my board game funded on Kickstarter? Crowdfunding is very huge today. In fact, people worldwide pledge billions of dollars every year for projects, including board games.

Want to know how to start a Kickstarter to fund the development of a board game? Read on!

Should I Start a Kickstarter for My Board Game?

The first thing you need to know is that any board game developer can launch a funding campaign on Kickstarter. However, as aforementioned, it takes a crazy amount of effort and work to be successful.

If you want to successfully Kickstart your board game, you need to make sure that the game itself is amazing. Why you may ask. There is lots of competition in the tabletop gaming industry with developers launching thousands of games every year.

In 2020, developers launched more than 4,400 board games and in the first half of 2021, they launched over 2,400 games. To ensure your Kickstarter campaign is successful, your game should stand out. Basically, people should enjoy playing the game, it should be more innovative and interesting than other games on the market.

If your game is amazing and interesting, people will fund your Kickstarter. Remember, people have a limited amount of resources so your board game should be excellent.

How Do I Start a Kickstarter to Fund the Development of a Board Game?

The following are tips that will help you to fund your board game on Kickstarter.

Kickstarter’s mission is to help bring creative ideas to life. To do so, they provided a platform that champions creators, developers and artists. This includes creatives who build exciting stuff such as board games.

To ensure your Kickstarter is successful, make a plan. First things first, the most important thing is to ensure your game is innovative and interesting. If the game concept is interesting, it means people are willing to play the game.

The best way to know if your game is interesting is to get influencers to playtest your game. Influencers can make videos which capture their emotions while playing your board game. Then, they can upload them on YouTube for their followers to watch them.

Remember, you can take extra quotes from the influencer’s YouTube videos to use on your crowdfunding page.

2. Network With Other Game Developers

Network and create relationships with other game creators at board game conventions and other meetups. Doing so will enable you to learn about the obstacles and challenges game developers face when crowdfunding. They will also offer encouraging words and even guide you in launching your game.

You can also capitalize on Reddit’s /r/boardgame subreddit, which has 3.6 million board gamers. Just getting the attention of 1% of those people means 36,000 eyes on your Kickstarter. To get started, simply sign up and start getting karma points by posting and interacting on the platform.

3. Prepare Your Board Game for Kickstarter

Want to ensure your Kickstarter is successful? Make a gorgeous Kickstarter campaign page. The first thing you need to do is decide on a funding goal and a campaign duration. The duration can be between 1 to 60 days. This is also the best time to come up with rewards that your backers will receive after you complete your board game.

Then make a high-quality video that’s crystal clear and explains your board game, what it’s about and why it’s special. Keep the video down to 2 minutes.

Next, write a clear text that speaks to your potential backers. The text should convince your backers why they need to spend their hard-earned cash on your board game idea. Basically, tell your story and describe the gameplay in detail. Describe the characters to give the readers a holistic understanding of your board game.

Make sure that you polish the text to correct any grammar errors. Writing a well-articulated copy that describes your commitment instils confidence in people.

Take real photos of your game then display them prominently on your campaign page. The first thing your backers will see are the project images at the top of the page and the project’s thumbnail. So, use lots of high-quality and high-resolution GIFs, photos, gameplay videos and screenshots. Check out How To Make A Great Project Image on Kickstarter.

Add 5 to 8 rewards such as a $1 reward, a core reward and something special for high-dollar backers. You should also share the rules or an abridged of your board game rules. Provide a link to the full rule book available in pdf. Besides the rules, tell the people what’s exactly in the box. Don’t forget to share quotes from influencer reviews with links to the reviews.

Lastly, add a shipping section with options to ship to Europe and North America, and a detailed timeline. Also, be super honest in your Risks and Challenges section.

How Can I Market and Promote My Kickstarter?

Now that your Kickstarter campaign page has all the details about your board plus stunning visuals, it’s time to promote your launch. There are several ways of doing so. First, you can run an online event. This will get your community excited about your upcoming board game. You can use paid social media posts, or use micro and nano influencers from the board game community.

Second, you can engage your community by asking them questions in your newsletter. Doing so will yield lots of feedback that will lead to huge improvements for your game. Asking for feedback helps your community feel more involved in what you’re building leading to a better product.

Third, you can promote on Reddit threads which will help you target the right audience. If you’re not well versed with Reddit, you can always hire professionals who will help you out with exposure on the platform.

Other marketing and promotion methods you can use include:

Remember, always promote consistently and from multiple angles – via email, on social media and others.

Common Mistakes to Avoid When You Start Your Kickstarter

The following are mistakes to avoid when launching your Kickstarter.

If you plan on going into Kickstarter, make sure that your goal is higher than the manufacturing costs of your board game. Basically, you should have money aside to cover shipping, returns, sales tax, damages and other unexpected costs. So, before launching your Kickstarter, do your math!